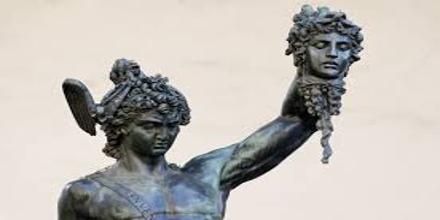 This lecture introduce on Greek Hero: Perseus. According to the myth, there once was a king named Acrisius, who had a beautiful daughter named Danae. The Oracle of Apollo told Acrisius that there would come a day when Danae’s son would kill him; so he locked Danae in a bronze tower so that she would never marry or have children. Polydectes pretended to marry the daughter of his friend. Everybody had to bring a wedding present, including Perseus. However, Perseus, being poor, had not brought anything, and Polydectes pretended to be furious.