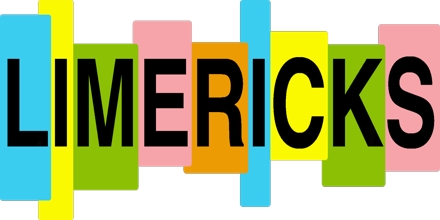 Primary purpose of this lecture is to present on Limericks. A limerick is a poem of five lines. The first, second, and fifth lines have three rhythmic beats and rhyme with one another. The third and fourth lines have two beats and rhyme with one another. They are always light-hearted, humorous poems. The form appeared in England in the early years of the 18th century. It was popularized by Edward Lear in the 19th century.