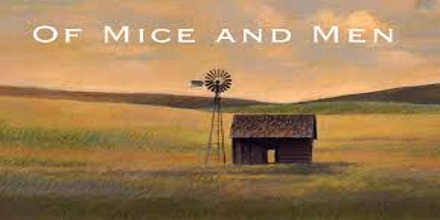 Of Mice and Men by John Steinbeck

John Steinbeck; One of The Great American Writers of the 20th Century. Of Mice and Men is a novella written by author John Steinbeck. Of Mice and Men was originally called Something That Happened. Published in 1937, it tells the story of George Milton and Lennie Small, two displaced migrant ranch workers, who move from place to place. The novel deals with the issues dear to Steinbeck’s heart – poverty, homelessness, the exploitation of itinerant workers, the failure of the Dream, America’s general moral decline.