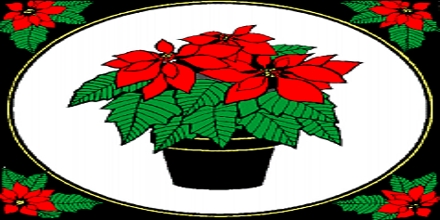 This lecture introduce on Poinsettias: Symbols of Xmas. Poinsettias are native to Mexico. They were named after America’s first ambassador to Mexico, Joel Poinsett. He brought the plants to America in 1828. The Mexicans in the eighteenth century thought the plants were symbolic of the Star of Bethlehem. Thus the Poinsettia became associated with the Christmas season. The actual flower of the poinsettia is small and yellow. But surrounding the flower are large, bright red leaves, often mistaken for petals.