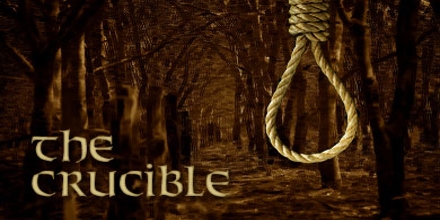 Presentation on the Crucible

General purpose of this lecture is to present on the Crucible. The Crucible is combination of Puritanism, Witchcraft,  McCarthyism and Arthur Miller. Here briefly focus on Puritanism. Christian faith that originated in England during the early 1600s. Puritans believed in predestination. They split from the Church of England in 1633. Many emigrated to the American colonies. Their radical beliefs flourished in the new world. Like all Puritans, the residents of Salem Village believed in witches and in witchcraft. They believed that witchcraft was “entering into a compact with the devil in exchange for certain powers to do evil.”