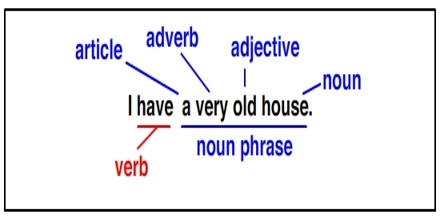 Prime purpose of this lecture is to present on Noun Phrases. When we see a noun as performing a role in a sentence, we think of it as a noun phrase. A noun phrase may function as the subject or object of a clause. A noun phrase may consist of a single word (a noun or pronoun) or a group of words. The most important noun in a noun phrase is called the headword. Examples of noun phrases: (She) always bought the same (newspaper). A young (man) in a suit was admiring the (view) from the window.