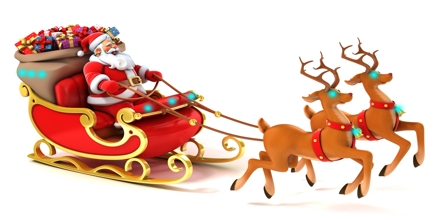 The original Santa Claus, St. Nicholas, was born in Turkey in the 4th century. He was very pious from an early age, devoting his life to Christianity. He became widely known for his generosity for the poor. But the Romans held him in contempt. He was imprisoned and tortured. But when Constantine became emperor of Rome, he allowed Nicholas to go free. Constantine became a Christian and convened the Council of Nicaea in 325. Nicholas was a delegate to the council. He is especially noted for his love of children and for his generosity. He is the patron saint of sailors, Sicily, Greece, and Russia. He is also, of course, the patron saint of children.