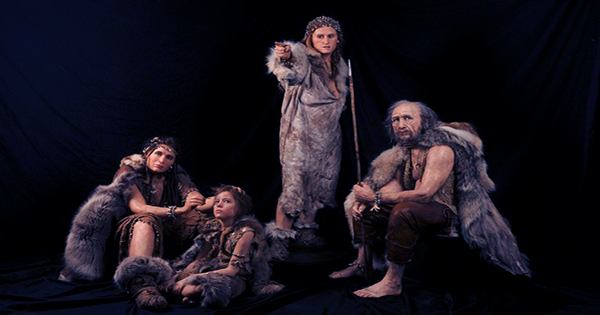 120,000-Year-Old Tools for Leather and Fur among Oldest Evidence of Humans making Clothes

A series of 120,000-year-old bone tools discovered in North Africa maybe some of the world’s oldest concrete evidence of cloth-making, marking a turning point in humanity’s cultural and cognitive evolution (and a blow to the longstanding era of nakedness).

Because furs, leathers, and other organic garments have a horrible propensity of disintegrating over millennia, the origins of clothing are unknown. Tools, on the other hand, can last a long time in the archaeological record.

The artifacts were discovered during an excavation of 120,000 to 90,000-year-old sediments in Contrebandiers Cave, which is located along the Atlantic Coast of modern-day Morocco, according to the journal iScience. Approximately 12,000 bone fragments were recovered, with over 60 of them being animal bones that had been chipped, chiseled, and shaped by humans for use as tools in a specific manner.

“The striations on these bone tools are the consequence of use, and the sheen on the bone tools’ ends is the effect of constant contact with skin. Dr. Emily Hallett, the lead study author from the Pan African Evolution Research Group at the Max Planck Institute for the Science of Human History, told IFLScience that bone tools with this shape are still used to prepare pelts today because they don’t pierce the skin, are durable, and are effective at removing connecting tissues without damaging the pelt.

They also identified carnivore bones with unusual cut marks, in addition to these unique bone tools. The shape and patterns of these cuts indicate that they were not used for slaughtering flesh, but rather for making garments out of fashioned fur and leather.

“Early humans skinned carnivores for fur at Contrebandiers Cave, and there are three species of carnivores with skinning marks on their bones in this cave: Rüppell’s fox, golden jackal, and wildcat. “On these carnivore bones, cut markings are limited to locations where incisions are made for fur removal, and there are no cut marks on areas of the skeleton linked with meat removal,” Hallet explained.

The tools could be up to 120,000 years old, based on analysis of the surrounding sediments. If correct, it means that humans in North Africa were producing garments as early as 120,000 years ago.

Clothing, on the other hand, is likely to be older. Previous genetic research has showed that clothing lice separated from head louse ancestors as early as 170,000 years ago, implying that clothing was commonly worn at the time. However, this is the first time experts have discovered a site with leather and fur working bone tools alongside skinned carnivore skeletons at this age.