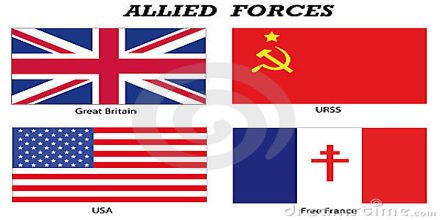 This lecture introduce on Allies Close in World War II (1944).  On 6 June 1944 (known as D-Day), after three years of Soviet pressure, the Western Allies invaded northern France. After reassigning several Allied divisions from Italy, they also attacked southern France. These landings were successful, and led to the defeat of the German Army units in France. Paris was liberated by the local resistance assisted by the Free French Forces on 25 August and the Western Allies continued to push back German forces in Western Europe during the latter part of the year. An attempt to advance into northern Germany spearheaded by a major airborne operation in the Netherlands ended with a failure.