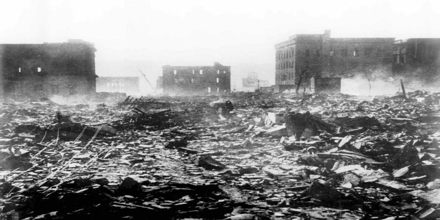 Principle objective of this lecture is to present on Atomic explosion at Nagasaki, 9 August 1945. Roughly 7.5 million civilians died in China under Japanese occupation. Hundreds of thousands (varying estimates) of ethnic Serbs, along with gypsies and Jews, were murdered by the Axis-aligned Croatian Ustaše in Yugoslavia, with retribution-related killings of Croatian civilians just after the war ended. The best-known Japanese atrocity was the Nanking Massacre, in which several hundred thousand Chinese civilians were raped and murdered.Between 3 million to more than 10 million civilians, mostly Chinese, were killed by the Japanese occupation forces.