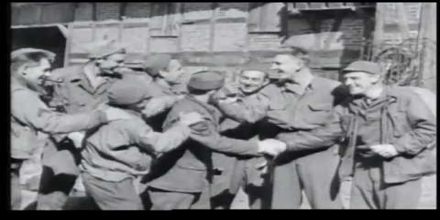 Major objective of this lecture is to present on Axis Collapse and Allied Victory in World War II (1944–45). On 16 December 1944, Germany attempted its last desperate measure for success on the Western Front by using most of its remaining reserves to launch a massive counter-offensive in the Ardennes to attempt to split the Western Allies, encircle large portions of Western Allied troops and capture their primary supply port at Antwerp in order to prompt a political settlement. By January, the offensive had been repulsed with no strategic objectives fulfilled.
In Italy, the Western Allies remained stalemated at the German defensive line.