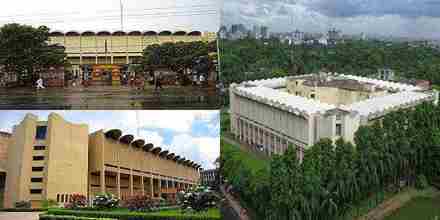 Bangladesh National Museum (1983) is the successor to the Dhaka Museum. Lord Carmichael, the Governor of Bengal inaugurated the Dhaka Museum on 7th August 1913. Dr. Nalini Kanta Bhattasali, a young historian of immense potentiality, was made the first curator of the museum in 1914 and he served the museum in that capacity till his death in 1947. Bangladesh National Museum was shifted to its present premises at Shahbag near Dhaka University in 1983.