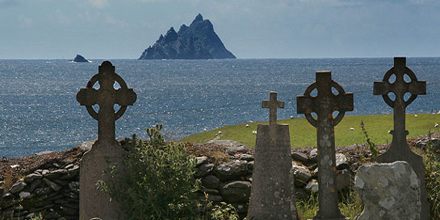 The aim of this lecture is to present on Christian Ireland. Many Irish people went to the Continent of Europe to study in the monasteries there. On their return they set up their own monasteries in Ireland: e.g. St. Enda – Aran Islands; St. Kevin – Glendalough; St. Ciaran – Clonmacnoise; St Maelruain – Tallaght and St. Columcille – Derry and Durrow. Christianity comes to Ireland. The year 432 AD is generally accepted as the year of St. Patrick’s arrival in Ireland. He was not the first bishop sent to Ireland to convert the pagan population there, as an earlier missionary named Palladius is recorded as having preceded him for that purpose.