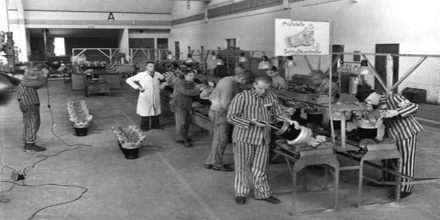 Basic purpose of this lecture is to present on Concentration Camps and Slave Work in World War II.  The Nazis were responsible for The Holocaust, the killing of approximately six million Jews (overwhelmingly Ashkenazim), as well as two million ethnic Poles and four million others who were deemed “unworthy of life” (including the disabled and mentally ill, Soviet prisoners of war, homosexuals, Freemasons, Jehovah’s Witnesses, and Romani) as part of a programme of deliberate extermination. About 12 million, most of whom were Eastern Europeans, were employed in the German war economy as forced labourers.