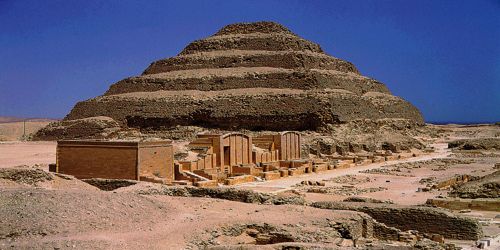 The civilization of ancient Egypt can be traced back in recognizable form to around 3000 BC. It was to endure for over three millennia and it is perhaps the most instantly recognizable of all ancient cultures today. The question of how it came to an end is a perennially popular one, but actually quite difficult to answer, as it is by no means agreed as to what constitutes ‘the end’ of Egypt as an ancient civilization.

Is it the definitive end of native Egyptian rule (at least until the 20th century)? In this case the answer would be the flight of King Nectanebo II in 342 BC. Is it Egypt’s absorption into the Roman Empire in 30 BC? Or the last appearance of the ancient hieroglyphic script just before AD 400? Or the closure of the last pagan temples in the sixth century?

In many ways the last suggestion is perhaps the most appropriate, as in all the other cases, the core religious and artistic values of the country continued on, albeit increasingly debased and under pressure. However, the demise of the hieroglyphs was a manifestation of the decline and fall of the ancient religion in the face of Christianity, itself ultimately to be supplanted by Islam. Signs of trouble (Facade of temple of Luxor, erected by Ramesses II)

But what led up to this event, and the series of other potential ‘ends’ that we have already referred to? The seeds actually lay around one-and-a-half millennia earlier, when Egypt was apparently at the height of its powers in the reign of Ramesses II (1279-1212 BC), during what is known as the 19th Dynasty of Egyptian history. Ramesses’ great foes were the Hittites of what is now modern Turkey, a key battle with whom, at Qadesh, was frequently displayed on the great pharaoh’s temples.

‘…this falling behind in military technology was certainly a contributory factor in the coming decline.’

One of the differences between their armies was that while the Egyptians were armed with weapons of bronze, the Hittites had access to a new material – iron. Although they had ample reserves of copper (the key component of bronze) within their boundaries, the Egyptians lacked sources of the far more effective metal. While this was by no means a decisive issue, this falling behind in military technology was certainly a contributory factor in the coming decline.

The net result was that for the century from 1070 BC onwards, under the 21st Dynasty, Egypt was split in two, the north ruled by the pharaoh, based in the new city of Tanis in the north-east of the country, and the south by the High Priest of Amun at Thebes (modern Luxor). The High Priests nominally owed allegiance to the king, but in practice they comprised an independent line of hereditary rulers, whose status was not solely religious, as they also held the title of Army Leader, making their regime probably more of a military dictatorship than a Taliban-style theocracy. Wars (Ptolemy VIII, Euergetes II, and his wives Cleopatra II and III, as shown in the temple at Kom Ombo)

A short-lived national revival began with the accession of Shoshenq I around 945 BC as founder of the 22nd Dynasty.

Although of foreign – Libyan – origins, he brought the south back under central control by the expedient of supplanting the old High Priestly family with his own son, and pursued an aggressive foreign policy, including military campaigns in Palestine, during one of which Jerusalem was sacked.

However, within a century, the country had split again, with Thebes now ruled not by High Priests, but by its very own line of pharaohs, the 23rd Dynasty, running in parallel with the Tanite (based in Tanis) northern king.

The Theban kings soon found themselves embroiled in a long-running civil war, while in the north a number of semi-independent principalities grew up, all together sapping the strength of the country as a whole. This decline coincided with the rise of a power to the south of Egypt in Nubia – spanning the borders of the modern states of Egypt and Sudan. Long a colony of Egypt, Nubia now had rulers (the 25th Dynasty) who regarded themselves as ideologically the heirs of the ancient culture of Egypt, and as such they became overlords first of Thebes, and then took over the whole of Egypt, becoming pharaohs of a united kingdom of Egypt and Nubia around 720 BC.