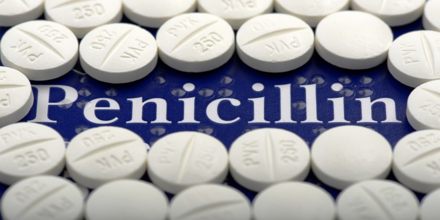 Drugs Revolution and Development of Penicillin

Basic purpose of this lecture is to present on Drugs Revolution and Development of Penicillin. In 1928 – Alexander Fleming discovers mould which kills germs – penicillin. 1929 – Fleming publishes an article on penicillin. German bombing stopped Florey and Chain being able to mass produce penicillin in Britain. America was not interested in penicillin until she entered the war in 1941. 1945 American Army using 2 million doses of penicillin a month.