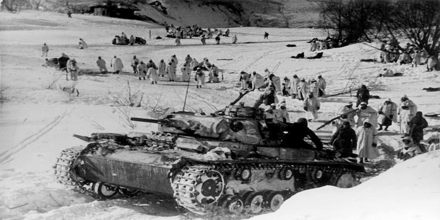 Prime objective of this lecture is to present on Eastern Front in World War II (1942–43). Despite considerable losses, in early 1942 European Axis members stopped a major Soviet offensive in Central and Southern Russia, keeping most territorial gains they had achieved during the previous year. In May the Axis defeated Soviet offensives in the Kerch Peninsula and at Kharkiv, and then launched their main summer offensive against southern Russia in June 1942, to seize the oil fields of the Caucasus and occupy Kuban steppe, while maintaining positions on the northern and central areas of the front.