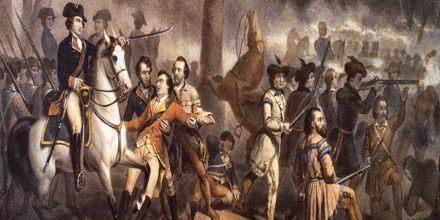 The French and Indian War

The aim of this lecture is to present on the French and Indian War. The war that raged in North America from 1754 to 1763 was apart of a larger struggle between France and England, known as the Seven Years’ War. Most Native American Indians fought on the side of the French. Although few did fight on the side of the English. The war began when the English became alarmed at the Forts being built by the French in the Ohio River Valley and George Washington’s defeat at Fort Necessity. So the English sent General Edward Braddock commander in chief of the British forces to America to drive the French out of the Ohio Valley.