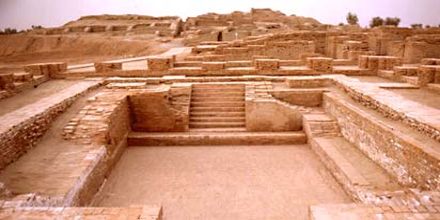 Major objective of this lecture is to present on Indus Valley Civilization. This civilization is still mysterious. The writing has not been translated. The Indus Valley civilization was an ancient civilization in the Indian subcontinent. It was discovered by archaeologists in the 1920s. We do know the cities were sophisticated enough to have brick walls surrounding them for protection against flooding from the Indus River. Just like the other river valley civs, the Indus river valley people were mostly farmers. They did trade with Chinese and with Sumerians.