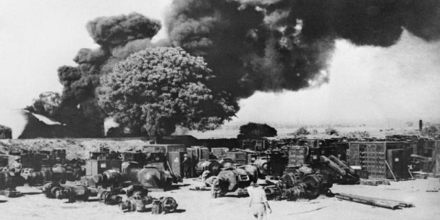 Basic purpose of this lecture is to present on Japanese Invasion of Soviet Union and Mongolia.  Soviet and Mongolian troops fought the Japanese during the Battle of Khalkhin Gol in Mongolia, 1939. These clashes convinced some factions in the Japanese government that they should focus on conciliating the Soviet government to avoid interference in the war against China and instead turn their military attention southward, towards the US and European holdings in the Pacific, and also prevented the sacking of experienced Soviet military leaders such as Georgy Zhukov, who would later play a vital role in the defence of Moscow.