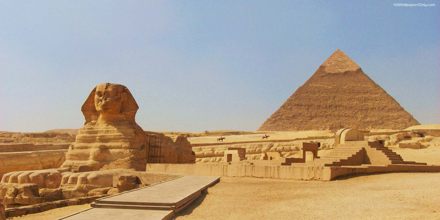 Primary objective of this lecture is to present on Ancient Egypt. Here major focus to describe on Nile River, Mummies, Pharaohs, Rameses, King Tutankhamen and Hieroglyphics. Egyptian civilization arose a bit after Mesopotamia. Egyptians were led by Pharaohs. They were priest-kings. King Tut is the most famous. Using computers, this image was reconstructed using his remains. here also describe on Mummy. The Egyptians took out all of the internal organs, except the heart. When they removed them the organs were put in canopic jars, that were put in the tomb with the mummy.