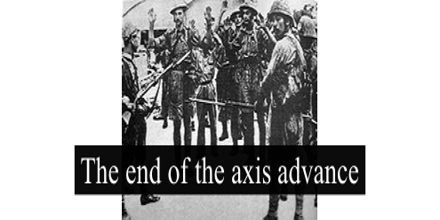 Basic objective of this lecture is to present on Axis Advance Stalls. During 1942 Allied officials debated on the appropriate grand strategy to pursue. All agreed that defeating Germany was the primary objective. The Americans favored a straightforward, large-scale attack on Germany through France. Germany itself would be subject to a heavy bombing campaign. An offensive against Germany would then be launched primarily by Allied armor without using large-scale armies. Eventually, the British persuaded the Americans that a landing in France was infeasible in 1942 and they should instead focus on driving the Axis out of North Africa.