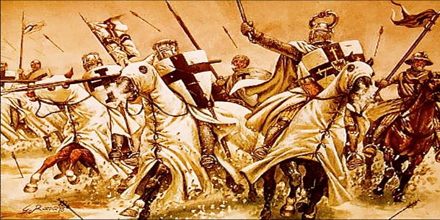 The Crusades were a series of battles between Christians and Muslims in the Middle East. Christian knights wanted to take the Holy Land and give it back to Christians. Thousands of knights and “barbarian” soldiers united under Christianity attacked Muslims and Jews in Turkey and Jerusalem to gain the land for Christians. When the Crusades arrived in Northern Turkey, the carnage began. The town of Lycea was captured and looted. Reports told of babies cut to pieces.