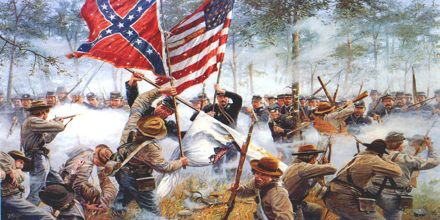 Basic objective of this lecture is to present on Gettysburg Battle. Gettysburg is the largest battle in the history of the Western hemisphere. Over 100, 000 people died in 3 days. It was the last time the South invaded the North. The Battle of Gettysburg, fought from July 1 to July 3, 1863, is considered the most important engagement of the American Civil War. After a great victory over Union forces at Chancellorsville, General Robert E. Lee marched his Army of Northern Virginia into Pennsylvania in late June 1863.