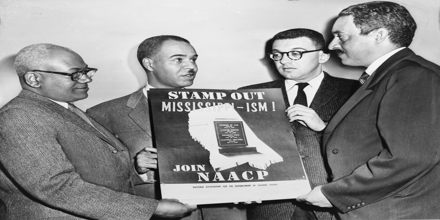 NAACP was founded in 1909 by W.E.B. Dubois. NAACP istablished for Fought for equality. Full meaning of NAACP is – National Association for the Advancement of Colored People. Thurgood Marshall was hired by the NAACP to argue in the Supreme Court against school segregation. He won and he was later the 1st Black Supreme Court Justice. Many African Americans and whites risked their lives and lost their lives to remedy this situation. Rosa Parks was not the first, but she was the beginning of something special.