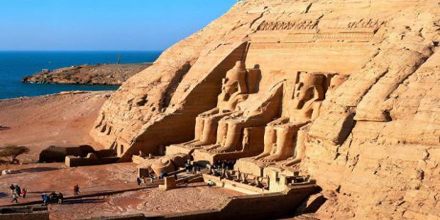 Nubia was a great civilization that developed along the Nile River south of Egypt. They shared many of the same cultural traits as Egypt such as religion, architecture and art. These are the pyramid of Ancient Nubia. They were used as tombs. Although they are similar to those of Ancient Egypt, they have some differences. Compare these pyramids with those of ancient Egypt. For many centuries, the people and culture of Ancient Nubia were a mystery to the world.