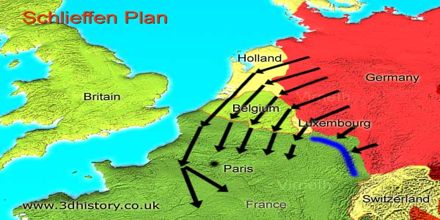 The aim of this lecture is to present on Schlieffen Plan’s Destructive Nature. Germany made vast encircling movement through Belgium to enter Paris. The Schlieffen Plan was the operational plan for a designated attack on France once Russia, in response to international tension, had started to mobilise her forces near the German border. The execution of the Schlieffen Plan led to Britain declaring war on Germany on August 4th, 1914. After defeating France concentrate on the Eastern front. Avoid fighting a 2 front war.