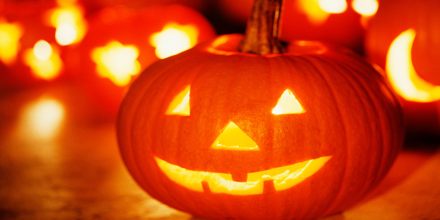 Legend of the Jack-O-Lantern

This lecture introduce on Legend of the Jack-O-Lantern. A man named Jack, who was notorious as a drunkard and a trickster, tricked Satan into climbing a tree. Jack then carved an image of the cross into the tree’s trunk, trapping the devil up the tree. Jack made a deal with the devil that, if he would never tempt him again, he would promise to let him down the tree. According to the folk tale, after Jack died, he was denied entrance to heaven because of his evil ways, but he was also denied access to hell because he had tricked the devil.