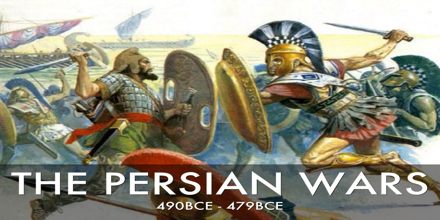 Prime purpose of this lecture is to present on Persian Wars. The Persian Wars refers to the conflict between Greece and Persia in the 5th century BCE which involved two invasions by the latter in 490 and 480 BCE. Greeks had been settling on the west coast of Asia Minor (Persia). Persia conquered these colonies. In 499 B.C. Greeks in these colonies revolted against Persian rule. Athens sent troops to support the revolt. Emperor Darius of Persia crushed the revolt rather quickly. He decided to punish Athens for helping the colonies. After training for a few years Darius sent troops to invade Greece.