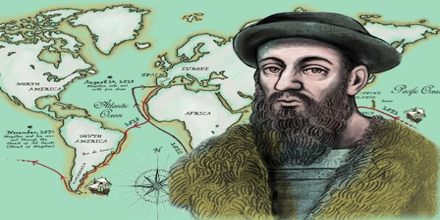 Ferdinand Magellan was a Portugese maritime explorer who sailed for the country of Spain (just like Columbus and Cortes). He led the 1st successful attempt to sail around the entire Earth. He became the first person to lead an expedition sailing westward from Europe to Asia and to cross the Pacific Ocean. He did not complete his final, westward voyage; he was killed during the Battle of Mactan in the Phillipines (April 27, 1521).