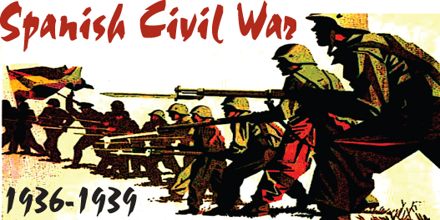 General purpose of this lecture is to present on Spanish Civil War (1936–39). Hitler and Mussolini lent military support to the Nationalist insurrection led by general Francisco Franco in Spain. The Soviet Union supported the existing government, the Spanish Republic. Furthermore, over 30,000 foreign volunteers, known as the International Brigades fought against the Nationalists. The lesson of Guernica after its bombing in 1937 sparked European-wide fears that the next war would be based on bombing of cities with very high civilian casualties. The Nationalists won the war in April 1939; their dictator Francisco Franco bargained with both sides during the war, but never concluded any major deals.