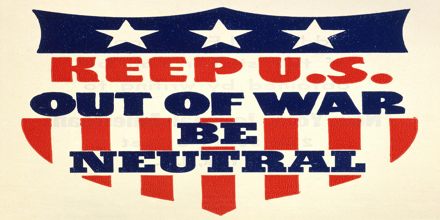 US Isolationism In World War

Prime objective of this lecture is to present on US Isolationism In World War. Americans wanted to stay out of Europe’s wars. FDR wanted to help Britain anyway. Here briefly describe on Allied Powers. The Allies were the USA, Great Britain, and the Soviet Union. These are called the “big three.” In addition were the colonies and territories of these countries. These include China, Canada, Australia, France, Poland and others. USA was afraid if Japan were to attack the Pacific coast, Japanese Americans would help them. The Government ordered them to move to camps.