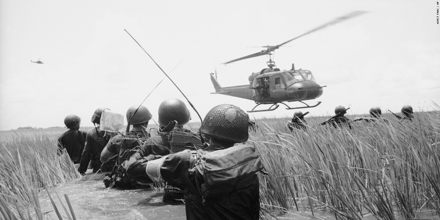 The Vietnam war occurred in Vietnam. Laos and Cambodia during 1959 and 30 april1975. the war started when communist north Vietnam tried to take over the republic of south Vietnam. It was the longest war America ad ever fought in and it lasted 15 years. The Vietnam War was a long, costly armed conflict that pitted the communist regime of North Vietnam and its southern allies, known as the Viet Cong, against South Vietnam and its principal ally, the United States.