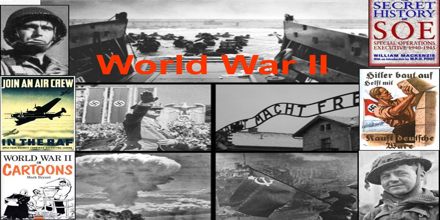 Why do Wars Occur?

This lecture introduce on why do Wars Occur. Two main causes are: Nations compete over natural resources and Individuals demand greater political and economic freedom. This lecture briefly describe three aspects of WWII; they are: the war in Europe against Germany and Italy; the war in Asia with Japan and the home front. Germany wanted back what she lost from WWI, and revenge. Appeasement – Great Britain and France gave Hitler land w/o fighting for it. Hitler was racist; he invaded countries simply to kill the Jews living there.