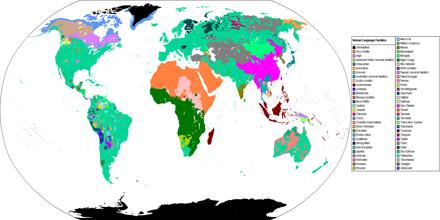 Language Family is a group of related languages that developed from a common historic ancestor, referred to as protolanguage. According to Ethnologue, there are 147 language families in the world. The actual number of families, once these languages are studied and relationships among them are established, will undoubtedly keep changing. It makes use of a metaphor comparing languages to people in a biological family tree, or in a subsequent modification, to species in a phylogenetic tree of evolutionary taxonomy. Language family divided into smaller phylogenetic units, conventionally referred to as branches of the family because the history of a language family is often represented as a tree diagram.