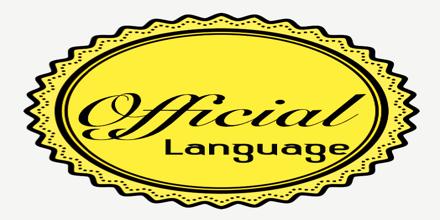 Official Language is approved by the government of a country, taught in schools, and used in legal and official documents. It is a language that is given a special legal status in a particular country, state, or other jurisdiction. Official Language that is also an indigenous language is called endoglossic, one that is not indigenous is exoglossic. An instance is Nigeria which has three endoglossic official languages.