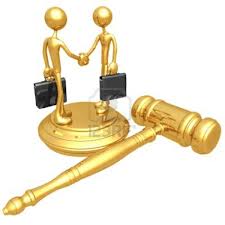 An agreement is valid only it is the result of the “free consent” of all the parties to it. Section 13 of the Act defines the meaning of the term ‘consent’ and Section 14 specifies under what circumstances consent is ‘free’.

Section 13 “Two or more person are said to consent when they agree upon the same thing in the same sense.”

so, we can say that free consent is the consent which is give in absence of Coercion , undue influence, Freud, Misrepresentation or Mistake

Effects of Coercion: A contract brought about by Coercion is void able at the option of the party whose consent was so caused

“One parties is in a position to dominate the will or the other and he uses the position to obtain an unfair advantage over the other is called Undue influence.”

“The term “Freud” includes all acts committed by a person with a view to deceive another person. “To deceive” means to “induce a man to believe that a thing a true which is false.”

Finally we can say that Freud is the Misrepresentation without intention.

Effects of Freud: A contract brought about by Freud is void able at the option of the party whose consent was so caused.

a)     Unwarranted Assertion: The positive coercion in a manner not warranted by the information of the person making it of that which is not true, though he believe it to be true.

c)     Innocent Mistake: Causing however innocently, a party to an agreement to make a mistake as to the substance of the thing which is the subject of the agreement.

Mistake may be defined as a erroneous belief concerning something consent cannot be said to be “Free” when an agreement is entered into under a mistake. An agreement is valid as a contract only when the parties agree upon the same thing in the same sense.