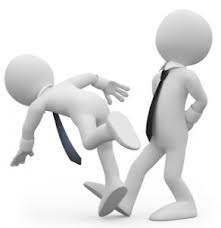 Negligence is a legal concept usually used to achieve compensation for accidents and injuries.Negligence is the breach of a legal duty to take care which results in damage, undesired by the defendant to the plaintiff. In the modern law of tort the word negligence has two meanings;

1. It indicates the state of mind of a party in doing an act.

2. It means a conduct which law deems wrongful.

Negligence is a breach of a legal duty to take care. Negligence is a type of legal fault as it sets an objective standard to which person behavior must conform.

Definition given by eminent jurists:

Prof. Salmond: He considers negligence as a state of mind which was an element for liability for torts.

Winfield: “Negligence as a tort is the breach of a legal duty to take care which results in damage, undesired by the defendant to the plaintiff.”

The law takes cognizance of carelessness. It concerns itself with carelessness only where there is a duty to take care and where failure in that duty has caused damage. In such circumstances carelessness assume the legal quality of negligence. Cricket ball case:

Stone injured by a cricket ball while standing on the highway.

There is no negligence unless there is in the particular case a duty to take care.

The law takes no cognizance of carelessness in the abstract. It concerns itself only when there is a duty to take care and where failure to that duty has caused damage.

a)      The duty must be towards the plaintiff.

“The dute to take care is not in the air, but towards particular people.”

b)     The duty must be in respect of the particular conduct complained of the duty to take care is not universal.

The decision of Lords include the following preparation

Whether the defendants conduct amounts to a breach of duty to take care has to be decided according to the facts of each case.

Standard of due care is same in all cases: The standard of an ordinarily carful man highest degree of care which human nature is capable of.

You must take reasonable care to avoid acts or omission which you can reasonably foresee would be likely to injure your neighbor.

Defendant parked his car by the road side leaving his dog inside. The dog jumped about and broke the glass of one of the windows plaintiff. Held defendant was not liable because the injury was due to a bare possibility which could not have been reasonably foreseen.

Standard of care for negligence:

Stander as a reasonable person. Keeping an umbrella and keeping a loaded gun in the hand. The stander of care must be different. Same care is not to be taken by a reasonable man.

It is not enough for the plaintiff to prove that the defendant’s conduct has been negligent; he must also prove that actual damage has resulted to him in consequences.

Plaintiff must further prove that the negligent act of the defendant is the direct and proximate cause of the damage.

The term negligence means the breach of duty to another but contributory negligence is also failure to take reasonable care of ones own self.

Which means “When both parties are equally to blame, neither can hold the other liable. “

The plaintiff is guilty of contributory negligence if the ought reasonably to have foreseen that if he did not act as a reasonable prudent man, he might be hurt himself.

In every case the commonsense test is to be applied…. Where negligence has been the effective cause of the accident which has resulted in the damage claimed.

Contributory negligence of children. “The age and mental development of the child becomes relevant”.

*Res Ipsa Loquitur (The thing it self speaks)

*The consequence says its own

Traditionally the common law did not impose liability for negligence. There are few offence where negligence is the basis of liability.

Example: it is an offence to drive a motor vehicle on a road without due care and attention or without reasonable consideration for other persons using the road (careless driving).

Existence of a circumstance is sometime sufficient to establish liability for negligence. Objective test that means dose the reasonable man share any of the accuser’s characteristics?