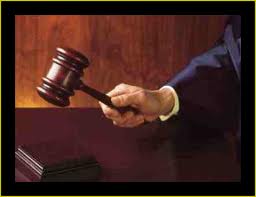 Law of Trespass to the person

Trespass to a person means intentional misconduct with a person. Every man has the right to deserve protection of his life and personality and the others obligation is to protect others right. But sometimes this right is infringed. Sometimes it happens some wrong with a person, which we can say trespass to person. The importance of trespass lies in that it can be used for protection of ones liberty and implementation of constitutional rights, right to movement.

Law of Trespass to the person

There are three forms of trespass to person:

An assault is an attempt or a threat to do a corporeal hurt to another, coupled with an apparent present ability and intention to do the act. Actual contact is not necessary in an assault.

Winfield: “Assault is an act of the defendant which causes to the plaintiff reasonable apprehension of the infliction of battery on him by the defendant.”

“If one strikes another upon hand or in the body it is no assault. But if on intending to assault strikes at another and misses him, this is an assault. So if he holds up his hands against another in a threatening manner and says nothing it is an assault.”

Mere words do not amount an assault, but the words which a person uses may give to his gestures preparation such a meaning as may make those gesture or preparation amount to an assault.

A battery is an intentional and direct application of any physical force to the person of another. It is the actual striking of another person or touching him in a rude, angry, revengeful or insult ant manner.

C. J. Holt said that “the least touching of another in anger is battery.”

Differences between Assault and Battery:

Every man has the right to movement. False imprisonment is a total restraint of the liberty of a person for however short a time, without lawful excuse. “Winfied say that” the detention must be unlawful.

To constitute this wrong two things are necessary:

Prof. Blackstone: “Every confinement of a person is an imprisonment whether it is in a common prison or in a private house or in the stocks or even by forcibly detaining one in the public streets.”

There must have been restriction of movement in all direction. If the plaintiff was free to move in any direction and was only prevented from proceeding in one particular direction then it will not be considered the wrong of false imprisonment.

A person was imprisoned in a departmental store. He was suspected of theft.