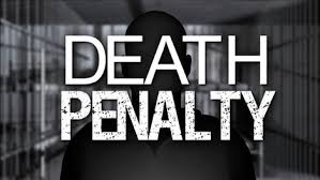 Capital punishment, death penalty or execution is punishment by death. The sentence is referred to as a death sentence. Crimes that can consequence in a death penalty are recognized as capital crimes or capital offences. Capital punishment has, in the past, been practiced by most societies, as a punishment for criminals, and political or religious dissidents. Historically, the carrying out of the death sentence was often accompanied by torture, and executions were most often public.