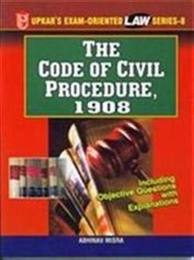 An Assignment on The Code of Civil Procedure 1998

The Code of Civil Procedure

The term receiver has not been defined in the Code of Civil Procedure 1908.  Receiver is an important person appointed by Court to collect, receive pending the proceedings, the rents, issue and profit of land or personal estate, which it dose not seem reasonable to the Court that either party should collect or receive, or for enabling the same to be disbursed among the person entitled.

In other words, the receiver is an indifferent person between the parties to a case, appointed by the Court to receiver and preserve the property or fund in litigation pendent elite, when it dose seem reasonable to the Court that either party should hold.

So, Receiver is an officer of the Court to whom is given possession or custody and management of property. He has no power except those which has been conferred of him expressly or impliedly by the Court. The property dose not vests in the receiver; the receiver is not the representative or agent of the parties. His holding of property is holding of the Court. He is also a public officer within the meaning of clause 17 of section 2 of the Code of Civil Procedure.

The mode and effect of his appointment, and his rights, powers, duties and liabilities are regulated by the Code of Civil Procedure.”

In a suit for a declaration and permanent injunction, a civil court is competent to appoint a receiver. But this power should be used only in exception cases [PLD 1957 Kar. 625, PLR 1957 (2) W.P. 1001]. A receiver can be appointed of any movable or immovable [e.g., Share in companies, lands, stock in trade etc.].

a)     appointment a receiver of any property, whether before or after decree;

b)     remove any person from the possession or custody of the property;

c)     commit the same to the possession, custody or management of the receiver; and

d)     confer upon the receiver all such powers, as to bringing and defending suits and for the realization, management, protection, preservation and improvement of the property, the collection of the rents and profits thereof, the application and disposal of such rents and profits, and the execution of documents as the owner himself has, or such those powers as the Court thinks fit.

The Code of Civil Procedure Order XL Rule-2 deals with the Remuneration of a Receiver. Following discuss

When Collector may be appointed receiver

The Code of Civil Procedure Order XL Rule-5 deals with the When Collector may be appointed receiver. Where the property is land paying revenue to the Government, or land of which the revenue has been assigned or redeemed, and the Court considers that the interests of those concerned will be promoted by the management of the Collector, the Court may, with the consent of the Collector appoint him to be receiver of such property.

Appointment of Receivers is the discretionary power of the Court. It must be made pending a suit and it is only be way of specific Relief. A receiver appointment by the High Court, Who has under its Order taken possession of property, cannot be prosecuted for criminal branch of trust in respect thereof without first obtaining the leave of the Court.