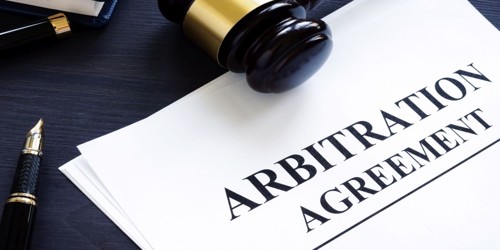 Arbitration is the process of having a dispute settled by a third and an independent’ party. It is the private, judicial determination of a dispute, by an independent third party. It is the process of bringing a business dispute before a disinterested third party for resolution. It is a method of dispute settlement using private entities known as “arbitral tribunals”. Knowing the role an arbitrator plays will help you understand the process and be more effective if you participate in arbitrations. It is often faster than litigation in court.

An arbitrator reviews testimony and evidence presented by the disputed parties at a hearing and resolves the dispute by issuing a decision that may include an award of money. Arbitrators are trained professionals who have expertise in specific areas of arbitration, including employment, labor, construction, commercial, and international disputes. The parties select an arbitrator or a panel. Arbitrators don’t have to be lawyers.’ The parties can select an expert in a field. Arbitrator fees depend on how much work the arbitrator or panel must do on the case, The arbitrator(s) may be paid per hour, per day, or per hearing. Hearings are confidential, private meetings in which the media and members of the public are not able to attend.

An arbitrator has several duties. Among them are:

Arbitration is today most commonly used for the resolution of commercial disputes, particularly in the context of international commercial transactions and sometimes used to enforce credit obligations. The object of arbitration is to obtain a fair resolution of disputes by an impartial third party without unnecessary expense or delay. It is also used in some countries to resolve other types of disputes, such as labor disputes, consumer disputes or family disputes, and for the resolution of certain disputes between states and between investors and states. Commercial Arbitration is the most common of disputes, it is a dispute between two commercial enterprises. Consumer Arbitration surrounds disputes between a consumer and a supplier of goods or services. Labor Arbitration involves the settlement of employment-related disputes. However, the successful party can seek help from a court in enforcing the arbitrator’s decision.