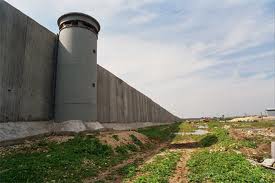 Assignment on Barriers to Separation

There appears to be a distinct lack of any identifiable body or institution -within the executive, the judiciary or elsewhere – to lead or coordinate initiatives towards separation, and as a result the entire process lacks any real momentum. Neither the Supreme Court nor the Ministry of Law, the two bodies most clearly involved with the process of implementation, appear to have developed any clear strategy or plan for how to achieve implementation, nor have they positioned themselves as leaders on the issue.

While the Appellate Division remains in season of the ‘Masdar Hossain judgment’, and the Government is required to account to it for the process of implementation, the management of the case has enabled prolonged delays, and in the meantime no steps have been taken either practical or administrative within the Supreme Court to lay in place the mechanisms to effectuate separation.

The Bar has played a vocal and proactive role in continuing to raise concerns regarding the urgent need for implementation (including through weekly demonstrations at the Supreme Court Bar Association premises, and regular reiteration of this demand by the Bangladesh Bar Council as well as local Bar Associations), but there are clearly limits to its capacity in terms of providing necessary coordination among the executive the judiciary and civil society to effect changes.

As the Constitution enjoins, it is the obligation of all authorities both executive and judicial of the republic to act in aid of the Supreme Court.

Lack of political will and commitment

Although both major political parties have made commitments in their electoral manifestos to separate the judiciary, and indeed had made this commitment jointly during the anti-autocracy movement over fifteen years ago in 1990, neither has taken steps to meet these commitments once in office. Proponents of the view that the lack of political will is due to the realization that full separation is neither desirable nor feasible claim that it would lead to a breakdown of law and order. However, implementation of ‘Masdar Hossain judgment’ would not in itself necessarily hamper the law and order situation, as executive functions would remain with the Executive Magistrates, and under the control of the District Magistrate. Therefore, there is no reason for apprehension. Commentators have noted that the reluctance of the various administrations since 1999 to act on separation may be ascribed to their fear of losing control over criminal justice system, and thus giving up a potent weapon of repression against their political opponents on the one hand, and exposing themselves to the prospect of being held to account by an independent judiciary for corruption or abuse of power on the other.

No practical steps towards separation

There has been no apparent attempt to draw up any specific plans or administrative measures to address the various practical questions that would arise in the process of application of these Rules, for example, with regard to revising the terms and conditions of service of judicial officers, restructuring the service, or making necessary financial or administrative arrangements.

Reluctance of executive magistrates to join the Judicial Service

As noted above, many persons currently serving as Magistrates are reluctant to opt to join the Judicial Service on a permanent basis. This appears due in part to the lack of clarity regarding the terms and conditions of service, but also due to the prevailing perception that service in the Judicial Service would involve lower remuneration and less prestige. It is precisely the links and reciprocal relationships between the Magistracy and the Executive which imbue Magistrates with a degree of power and expose them to the possibility of financial gain and influence; opting for the Judicial Service offers no similar incentives, rather former Magistrates turned Judicial Officers would be required by virtue of their office to maintain a distance from executive thus abandoning any incidental benefits of this relationship.

Lack of proactive approach by the judiciary

The Supreme Court had the ‘Masdar Hossain judgment’ on its dockets for over six years since the judgment was passed, but has allowed repeated adjournments on the Government’s plea that it is taking necessary steps for implementation. Despite such extensive delays, people and media demanded for action, the Court had failed to take a proactive approach to enforcing compliance with its own orders or guidelines regarding separation, refusing to impose strict timelines on the Government, to ask it to give reasons for the adjournments.

Beyond the litigation itself, the Supreme Court has not taken any steps to initiate discussion or planning on how to manage and administrate the changes that would be necessitated by separation, for example with regard to suggestions of establishing a secretariat within the Supreme Court for this purpose, or identifying the exact caseload that would be administered or the numbers of new Judicial Magistrates who might be required in this connection.

Reluctance of magistracy to opt for the judiciary

There is not as yet a clear buy in among the Magistracy to the notion of separation. So for example, when the Judicial Officers’ Association demanded that the JSC should undertake recruitment of both Judicial Officers and also of Magistrates they were met by counter arguments from the Administrative Officers’ Association demanding that the Public Service Commission should remain responsible for recruitment of Magistrates and also that BCS (Admin.) Cadre Officers should continue to be posted on deputation to the posts of Judicial Officers.

Lack of a united voice from the Bar

As expected, many lawyers have been extremely vocal in demanding that the Government take expeditious steps towards separation, with the leadership being given by the Supreme Court Bar Association, the elected representatives of lawyers of the apex court, the Bangladesh Bar Council, the elected representatives of all lawyers in Bangladesh, and many eminent lawyers. However, the division of the Bar on partisan political lines as with so much of civil society has resulted in the lack of a unified voice in support of these demands, and of related actions.

Lack of a wider constituency or voice demanding separation

Although the Bar has been extremely active and vocal, with their demands being echoed by media and by human rights organizations and activists, there is still a lack of wider public awareness of the relevance of separation to effective delivery of justice to the lives of ordinary citizens. Indeed, there may be some fear that judicial separation would result in further lack of judicial accountability with the risk of further arbitrary exercise of power by the judiciary itself (for example regarding use of contempt powers). As a consequence, there has been little or no popular mobilization (outside legal community) for change – public discussion on the issue has largely involved ‘preaching to the converted’ with lawyers and human rights organizations reiterating their demands. The entire issue of separation of the judiciary is widely seen as a narrow, technical question of interest and concern primarily to the legal profession and the judiciary. A real challenge now for ensuring separation of the judiciary is to increase public awareness of the need for a strong independent and impartial judiciary.