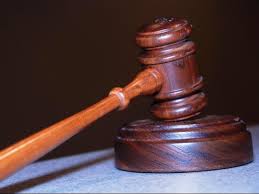 The blurred lines between judicial and executive roles and functions of lower judiciary, and a situation in which they are under the control of executive, inhibit the transparent and accountable administration of justice, in particular criminal justice. The impact of lack of separation is felt directly in terms of denial of access to justice, as well as flagrant violations of the most fundamental human rights to life, liberty and personal security. It also impacts more widely on governance in general. The inability to ensure enforcement of contracts, combined with the inability to ensure legal protection of life and property also acts as a significant disincentive to investment.

Examples of the consequences of lack of separation are discussed below, first with respect to denial of access to justice, then the lack of accountability of lower judiciary and finally with regard to the increasing erosion of confidence in the judiciary and the consequent rise in use of violence to resolve conflicts at various levels.

There are many reported instances in which Magistrates have used their executive powers at the instance of executive to issue warrants of arrest, to sanction arrest without warrant under S. 54 of the Code of Criminal Procedure and consequent remands to police custody under S. 167 CrPC, to control and impose restrictions on public gatherings under S. 144 of the CrPC and to control police firing and use of civil and military force according to Ss. 128 and 129 of the CrPC.

Over abuse of executive powers, allegedly at the dictate of government authorities, whether central or local, has been commonplace under various different regimes. In 2006, a ‘trigger-happy’ Magistrate acting on a complaint by then highly influential advisor to the ruling party issued arrest warrants against five eminent citizens of the country regarding an allegation of criminal defamation. The warrants had been issued without any preliminary inquiry and without any evidence that the Magistrate had been satisfied on objective materials that their issuance was merited. In many cases, Magistrates have directed that a person had been taken to remand in police custody, where they may be vulnerable to ill-treatment, although no cogent reasons had been provided for why such lengthy remand was necessary. So for example, in 2004, a well known development organization’s chief was taken on remand in connection with allegations of sedition, where the only evidence before the Court was that he may have held meetings at his office calling on his staff to prepare posters and festoons to protest price hikes and other government actions.

In 2006, protests in rural areas by men and women farmers, peasants and others in Northern Bangladesh demanding equal distribution of electricity to enable irrigation of crops were met by widespread arrests, controls on public gatherings, and ultimately by police firing on unarmed crowds of protestors. In each case, Magistrates were involved first, in sanctioning the arrests, and then once a political settlement was reached, in withdrawing the charges in each case, second in imposing orders prohibiting any public meetings, and finally in sanctioning police firing on the crowds .

Another common cause of complaint (and a corollary to the Magistrate’s arbitrary exercise of powers to initiate prosecution) arises with regard to the Magistrate’s alleged obstruction of investigation or prosecution of incidents involving powerful members of the executive, particularly where the complainant is from a vulnerable or disadvantaged group. Corollary of this is that Magistrates may also intervene to progress a case or fast track it where there is perhaps the most widespread perception of abuse of power relates to grant or denial of bail. This occurs both in ‘politically sensitive’ cases and in more routine matters. Notable are several high profile cases over 2002 to 2005, in which the same individual was falsely implicated in a barrage of criminal cases, and then faced a pattern of repeated denial of bail in circumstances in which such actions were wholly unwarranted. So for example, the head of one of the largest development organizations of world was arrested on charges of petty corruption, and then ‘shown arrested’ in over two dozen other cases. Despite the relatively trivial nature of many of the cases filed against him, he was routinely denied bail by police and by magistrates, and even by the Sessions Judges, and was compelled to come to the Supreme Court for bail in almost every case. Each time he obtained bail in one case, he was ‘shown arrested’ and denied bail in another, thus enabling the authorities to prolong his incarceration over a period of two months.

Higher up within the criminal justice system, the impact of lack of separation is also palpable in the workings of the Sessions Court. There appears to be a common pattern for the government of the day to influence lower judiciary to manipulate the outcome of cases. A recent example perhaps is the withdrawal in rapid succession of several criminal cases against a leading political figure during a period of ongoing discussions regarding possible alliance between him and then ruling party giving rise to speculation in media that the withdrawal of cases had been promised as the cost of forming an alliance.

The threat of unfavorable posting or of blocking promotion gives an opportunity for the executive to influence the decision making capacity of lower judiciary over decisions, and in particular over interim orders. Such threats, together with the endemic nature of corruption in lower courts, mean that more often than not justice may be purchased by the highest bidder, whether a private party or the Government, bidding in currency of commerce or of power.

In addition, the deputation of judicial officers to executive posts in different ministries allegedly contributes to creating an ‘executive’ mindset in many judges, given that they may spend significant parts of their career engaged in working within a Ministry or Department, with a resulting (or at least with a resulting perception) of loss of impartiality. The physical placement of judges within executive, and working side by side with executive officers, may also have facilitated the growth of a symbiotic relationship between certain corrupt officers within the lower judiciary and civil servants.

In 2006, a judicial officer known to have given a number of orders discharging ruling party persons from pending prosecutions, publicly stated his intention to contest in the next Parliamentary Election as a candidate from the ruling political party. Despite severe criticism in media, and demands raised by the Bar for his removal, no action was taken by any of the concerned authorities to even investigate these statements. Ultimately, following a public interest writ petition filed by a lawyer as petitioner, the High Court Division issued a direction restraining the concerned officer from discharging any judicial functions. The judicial officer concerned sought permission to appeal before the Appellate Division, but his application was rejected.

This case demonstrates how even a glaring instance of judicial misconduct does not result in any form of inquiry let alone accountability within the current structures of judicial control and administration. Perceptions of lack of judicial accountability at all levels of the judiciary appear to be increasingly widespread among users of judicial services and also the public at large. Such perceptions arise not only from the arbitrary exercise of judicial power at the behest of the executive, as described above, and also from the unchecked use of judicial powers of contempt against persons found to have ‘scandalized the judge’ (an offence which has no statutory definition and is open to highly subjective interpretation).

The issue of judicial accountability has two dimensions, involving judicial recourse on the one hand, and administrative recourse on the other. Of course there is a process of accountability through judicial process, with errors in decision making by magistrates and judges of lower courts subject to questioning by higher courts. However, accountability through administrative process, by exercise of powers of discipline and control is difficult to achieve in the current situation, given that these lie with the Executive.

Loss of confidence in judiciary

As a consequence of such executive control on judiciary having become the norm, and the lack of effective control being exercised by the Supreme Court, lower judiciary itself is widely perceived to have moved more and more away from the basic principles of independence and impartiality. Once exposed to and implicated in corruption and nepotism at the behest of executive, arguably lower courts have become more open to other sources of influence and pressure for example through monetary inducements from private parties. Thus the lack of separation has become part of the context and cause of the endemic rise of corruption. With these twin incentives, the lower courts have been reportedly responsible for the arbitrary exercise of powers resulting in the denial of liberty and fair trial rights on a day to day basis. This situation has contributed to a serious public lack of confidence in the courts, and appears to be catalyzing increasing resort to self-help as a form of conflict resolution, thus contributing to the increase of violence.

The only solution to prevent executive interference and establish accountability is therefore to separate the judiciary from the executive control. If this is accompanied by enabling more transparent discussion of judicial processes and outcomes, for example in the media, that would in itself reduce the threat of judicial actions being taken or perceived to be taken whimsically and capriciously.