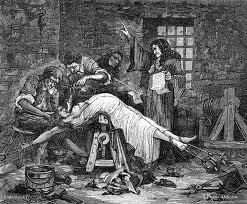 Assignment on International and National Laws Regarding Torture

The Universal Declaration of Human Rights, 1948 holds that ‘no one shall be subjected to torture or to cruel, inhuman or degrading treatment or punishment’ . This sentiment is similarly expressed in the International Convention on Political and Civil Rights, 1966 and the Geneva Convention, 1949 dealing with the protection of the prisoners of war .

Regional human rights instrument like the European Convention for the protection of Human Rights and Fundamental Freedoms, 1950 , the American Convention on Human Rights, 1969 and the African Charter on Human and People’s Rights, 1981 also carry the same sentiment . The General Assembly of the United Nations adopted in 1975 the Declaration on Protection of all persons from being subjected to Torture and other Cruel, Inhuman or Degrading Punishment and later, in 1977 the General Assembly mandated the UN Commission on Human Rights to draft a convention against Torture.

Accordingly, the drafting commenced in 1978. Finally in 1984, the convention Against Torture and Other Cruel Inhuman or Degrading Treatment or Punishment (hereinafter referred to as CAT) was adopted. In its final form, the CAT was based substantially, but not exclusively, on the declaration against torture. The CAT entered into force on 26 June 1987. This is the first binding international instrument exclusively dedicated to the struggle against torture.

It is one of the most widely ratified human rights conventions with 141 state parties as of 26 January 2006. The CAT itself is supplemented by several other UN General Assembly initiatives promulgated in part as a result of pressure from global civil society. These developments included the drafting of the body of principles for the protection of all persons under any form of detention or imprisonment, the Code of Conduct for Law Enforcement officials, and the Principles of Medical Ethics Relevant to the Role of Health Personnel, Particularly Physicians, in the protection of Prisoners and Detainees Against Torture and Other Cruel, Inhuman or degrading Treatment or Punishment. In 1985, the UN Commission on Human Rights established the office of the Special Reporter on Torture. The treaty-making process and the enforcement mechanisms created by the United Nations are in itself an extremely important part of the efforts to universally eradicate torture.

Nevertheless, there are serious shortcomings in national laws purporting to implement Convention (CAT) obligations. This is primarily because; the implementation of the Convention has not attracted a high decree of public international interest and has in most countries not been a policy priority. Accordingly, less work and attention has been devoted to furthering the incorporation of the Convention into domestic law. In such a backdrop of international scenarios, audit on implementation of the CAT or any of its provision in the domestic arena of a country is utmost importance.

Torture is prohibited under the Constitution of Bangladesh which states: “No person shall be subjected to torture or cruel, inhuman or degrading punishment or treatment”. Even a person accused for criminal offence has the right to an independent, impartial trial which has been articulated in article 35(3)-“Every person accused of a criminal offence shall have the right to a speedy and public trial by an independent and impartial court or tribunal established by law”.   Surprisingly there is no clear definition about torture in custody. But Bangladesh can authentically cite the definition of ‘torture’ from the Torture Convention as Bangladesh became the member of the convention on 5th Oct 1998. Name of some treaties are given below to demonstrate the position of Bangladesh regarding torture or similar issues—

The Torture convention was ratified by the government of Bangladesh in October, 1998 reserving the article 14 paragraph 1 of it, which states that “Each State Party shall ensure in its legal system that the victim of an act of torture obtains redress and has an enforceable right to fair and adequate compensation, including the means for as full rehabilitation as possible.

In the event of the death of the victim as a result of an act of torture, his dependents shall be entitled to compensation.” While ratifying the CAT Bangladesh declared that it “will apply article 14 Para 1 in consonance with the existing laws and legislation in the country.” Again Bangladesh has not accepted the competence of either the Committee against Torture or the Human Rights Committee to received individual complaints about torture. In absence of any international mechanism, victims of torture can only recourse to the domestic remedies.

Torture has become integral part of the policing and the law-enforcement system, in the military, paramilitary and security forces for persons both in custody and otherwise.

The history of law enforcing agencies is undeniably related with the history of law and state. Earlier, it was supposed that a state is nothing but a political means to safeguard the economic interests of the class in power. Even though different attempts have been made to define ‘state’, popularly by state we understand a huge force. This force can be seen in the state laws, in institution like police, answer, BDR, armed forces, prisons etc. But with the development and progress of time most of the states takes the veil of welfare state where they demand to give the best treatment to the citizens according to their wealth. It has been argued that law enforcing agencies are necessary for protecting the good and punishing the evil. According to the Police Act of 1861 maintaining law and order is the principal function of the police.

The Code of Criminal Procedure prohibits police officers from inducement as well threat. Torture is used as a method of extracting money and confessions from the detainees. The term, ‘interrogation’ in police remand, the Joint Interrogation Cell and “Task Force of Interrogation” as part of criminal investigation is synonymous with torture.

The whole process becomes phrase where section. 161 of CrPC clearly declares the confession made the confession in the police station. In this regard a comparative discussion may be made, for example, in the United States any statement made to the police may afterward be used against the person making the statement. But according to our law and any statement recorded under 161 of the Code of Criminal Procedure, 1898 may afterwards be withdrawn by the person making the statement. Thus in reality the extent of using the evidence given under 161 against the person giving the same is very limited.