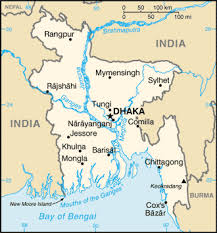 Assignment on Keeping the Government Clean in Bangladesh

A precondition for an honest country is that its government machineries would always remain clean, transparent, and accountable and welfare oriented towards its citizens. In Bangladesh tremendous efforts have been exerted on the part of the government to combat corruption. Corruption is one of the impediments to development. Good governance can not be ensured without rooting out corruption. So ensuring the independency of Anti- Corruption Commission in conducting its operation is very essential.

In changing the service delivery system is also very effective in preventing corruption. Introducing on line- tendering in order to ensure transparency in all public procurement is of the need of the time.  In our country we should not submit ourselves to the vagaries of unholy corrupt practices in the government rather to face the challenges of future we must have to streamline our strategy to combat corruption and keep the government clean in a sustainable nature.

In this assignment paper I tried to mention some of the recommendations for keeping the Government clean in Bangladesh mentioning the relevant perspective of the issues.

Bangladesh is a developing country having good prospect of reaching to a prosperous country. With this end in view the country needs a modern, efficient, corruption free and service-oriented public administration. Major reform in public administration is very necessary.  Continuous reform activities are required to keep the government clean. Performance Based Evaluation System (PBES) has to be introduced for enhancing efficiency of the government civil servants. Civil Service Act is to be enacted to make the overall machineries of the government effective and efficient. Keeping the government clean is a broad based endeavor where various factors are dominantly influencing the issues. It requires both short term and long term reforms. There should be some initiatives to reform rules of promotion, policies for appointments, career planning, and structural reform of the field administration and clustering of different ministries. Updating the National Training Policy is to be taken place to enhance the scope of higher training of public officials. Side by side the program for initiating digital file management system has to be undertaken for ensuring accountability and transparency in government activities.

2.1 Deep sense of mission to be established:

The top level political leader and bureaucrats should have a deep sense of mission to establish a clean and effective government. Setting the mission would be the prime achievement of the strategy adopted in this regard. Mind set changes are necessary on the part of every leader and top bureaucrat that they should inculcate the sense of ensuring cleanliness in the government. Every single money spent for the country should be spent most judiciously and prudently to bring maximum benefits to the people of the country. To fulfill the mission of the country every civil servant should exert their all out efforts to achieve the objectives of ensuring good governance and accountable society. All the public servant should try to earn the honor of every citizen of the country by dint of their sincerity and honesty in performing their assigned jobs.

In order to establish clean and corruption free government machinery the government of the country should be pledged bound to establish high performing growth of the economy supported by advanced and innovativeness activities hunger free and exploitation free social system and bringing welfare to all of the citizen of the country social justice should be established, social disparity should be reduced, participatory administration should be introduced. To get maximum benefit of every single public money and to resist avoiding embezzlement of the government money from the very beginning the special attention should be given on the area where discretionary powers had been exploited for personal gain and sharpened the instruments that could prevent, detect or deter all short of mal practices and corruptions in the government.

Any discussion on corruption involves subjective considerations of politics, ethics and pragmatism. A country’s anti- corruption strategy ought to be part of its broader governance and capacity-building strategy. The issue of corruption in Bangladesh intractably woven with the issue of governance. The best way of running the country should be combat corruption of Bangladesh. Corruption is not a normal issue. Corruption is an important element for which every development and welfare is hampered to a large extend. So combating corruption may be addressed through establishing institutional framework and strong Anti-Corruption Commission in Bangladesh.  We know our country is extremely devoid of natural resources so it is the great challenge to us to establish good governance in the country to ensure maximum utilization of resources. Our fundamental principles of the governance would be focused on the following issues:

Creation of a corruption free government and business environment has also being a significant factor in the Bangladesh economics and social progress. Corruption in public sector, when it does occur, should be isolated and be largely confined to containable level. This corruption- free environment is a vital source of strategic competitive advantages for the welfare of Bangladesh. In terms of social progress, Bangladesh have grown up under a government which should places the greatest emphasis on a corruption- free leadership. Bangladesh should have come to expect the strictest measures against corruption would continue to be enforced in all aspect of Bangladesh Government. Meritocracy, and not nepotism or political patronage underpins social mobility. As human resource is our only resource, maximum investment in education is the primary mechanism for “leveling the playing field of opportunities” in Bangladesh. Bangladesh should strictly run on meritocracy.

In Bangladesh since independence corruption has been rife in various segments of government causing immense suffering to the people and they are almost denied of social equality and justice in all the field of administration. It was observed that syndicated corruption was common especially among enforcement officers. In almost all service delivery of the government was inherited corruption and mal practices. We know in the public service, especially as a matter of urgency and as a prelude to our economic growth and social development. Moving more specifically to the factors that make for a corruption- free civil service key anti- corruption initiatives should be introduced as a national integrity system to tap more outputs. It could be befitting to take the following steps to arrest corruption in government:

Introduction of system for arranging swift and severe punishment

Creation of strong public sentiment and ensuring the public support

2.3 Ensuring strong political will and example of political leader:

Along with creation of strong anti- corruption platform and at a time there had been difficulties dealing with the abuse of corruption there should be some basic guiding principles and political commitment to combat corruption. Personal example is very critical in establishing the moral authority to root out corruption. It sets a climate of honesty and integrity. The Government should be never hesitating to prosecute government ministers and civil servants at all level for corruption charges. In corruptibility is to remain a key prerequisite of legitimacy of the government system in no way

2.4 Public service characteristics and ethos should be established as a set standard:

It is felt that corruption by public servants at any stage is not to be tolerated at all costs, as this is tantamount to abusing the Officer’s position as custodian and steward of public resources and public trust. So it is very critical for Bangladesh to have a clean and effective public service with the following characteristics:

Meritocracy is important not merely because it ensures the best use of our human resources. Rather, meritocracy is a key part of our nation- building efforts as it sends out a signal that Bangladesh is for everyone of the country. Talent and hard work, rather than connections and privilege, are the paths to success. Thus, the rewards of success would be accessible to anyone according to his contribution. There should be no room for “free riders”.

Nepotism, opposite to meritocracy, is corrosive and destructive of trust and confidence in the effectiveness and impartiality of public institutions, and gnaws away at the sense of public ownership which is so important to national consciousness. It distorts decision- making by encouraging favoritism, and drags down efficiency both by putting incompetent people in public positions, and by sapping the morals of the competent.

2.5 Reduced opportunities and Incentives for corruption: Administrative measures to increase transparency and predictability:

This principle is straight forward and can be suitable for keeping clean the Bangladesh government. The principle is “Prevention is better than cure.”   We ought to remove opportunity for corruption through clear work procedures and decision rules. And we should improve transparency and accountability wherever we can, so the public will know what they can expect, and can complain when they do not get it.

2.6 Changing the way Government does its Business: Streamlining Operations to Improve Efficiency and Effectiveness:

This principle is also straight forward. We should seek continuous improvement in public service delivery. There should not be any scope to seek rent for the corrupt officials to collect if effective and efficient services can be available without bribes. Thus fostering excellence in public service- slashing red tape, streamlining procedures, minimizing delays- is an anti- corruption measures itself.

2.8 Swift and Severe Punishment: High penalties should be provided in low by making it a “high risk, low profit” undertaking. That could deter those who bribe as well as those who receive. The penalties should be beyond fines and jail sentences. Public shaming through publicity of the case is an integral part of the punishment, so that the officer not only suffers personally but brings disgrace to his family.

Strong public support could be created to prevent corruption and keeping the government clean in a sustainable manner. The press can play an active role in publishing examples of corrupt cases involving senior civil servants or politicians and in providing complete details of the offences and punishments meted out. These both inform the public about the consequences of corruption, as well as fostering a climate that is intolerant of corruption.