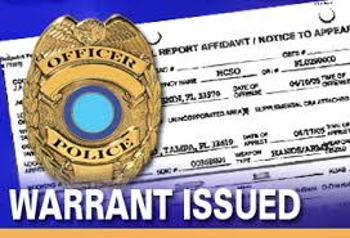 A bench warrant, sometimes also recognized as an arrest warrant. A bench warrant is used for attachment or arrest in a case of Contempt, which is the willful disregard or disobedience of an authority such as the court. A bench warrant is also issued when an indictment, which is a written accusation of a person’s guilt for an act or omission, is handed down. A third instance where a bench warrant is issued is to obtain a witness who disobeys a subpoena, which is a command to appear at a specified time and place to present testimony upon a certain matter.