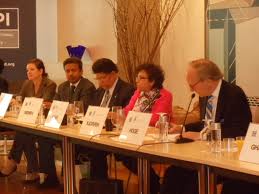 Comparison Between Criminal Justice System of U.K and Bangladesh

Comparison between Criminal Justice System of U.K and Bangladesh

Where the question is to find out the irrelevancy or comparison between laws or in large, criminal justice system, of the United Kingdom and Bangladesh, it is too hard to find out because the maximum laws of the sub continent has its origin from the British kingdom as the continent has dominated by the British rules and laws near about 200 years.

Following may be some major difference between the legal justice system or criminal laws of United Kingdom and Bangladesh:

Jury is one of the basic features of the United Kingdoms criminal justice system. They have adopted The Juries Act, 1974 for determining their procedure. It is observed by the country that the most acceptable and correct decision is found by the sentence passed by the jury further it is observed that most of the cases fails to seek justice and are made to question where trial done without jury.

The High Court Division of the country also operates benches consisted of several justice but it has no original jurisdiction to take cognizance of criminal case.

Rule of law has  great importance in judicial system of United Kingdom and one of the very important features of the British constitution As there rule of law is ensured no one can escape and also no one is beyond the judicial capacity so possibility of ensuring criminal justice becomes light.

On the other hand, Rule of law has not yet established though Article-27 of the constitution of the country (Bangladesh)states  “all citizens are equal before law and are entitled to equal protection of law” I short “Equality before law”.

The process of summary trial is successful in the criminal system of United Kingdom. It has chosen summary trial for seeking the quick and easiest justice in some criminal matter. Its only followed the following process in it trial and appreciated in almost every country:

Section 26 to section 265 of the Cr.PC laid down provisions for summary trial for some offences which is not yet accepted by the experts and the proper and justifiable judgment or justice has not been ensured from its judgment.

The English man who enacts laws regarding every navel matters. It chosen criminal appeal Act, 1968 for itself to deal with the procedure regarding appeal. An application for appeal on this process must be made within 21 days after the commencement of a sentence.

The code of criminal procedure,1898 itself the law regarding appeal.  Section 404 to 431 of the code deals with the matter. The code in general provides 60 days to appeal against any judgment of acquittal and conviction.

On passing sentence regarding any criminal case the criminal system of the United Kingdom proves it intelligence. They usually prefer pecuniary compensation rather custodial sentences. Criminal justice system of United Kingdom avoid death penalty and In passing sentence they are more aware so that no injustice would done or no one suffer injustice.

They laid down provision various provisions so that it can surpress injustice and ensure justice to the both plaintiff and defendant. For example,

Under s.11 (3) of the Magistrates’ Courts Act 1980, the magistrates may not pass a custodial sentence on an absent offender.

Criminal justice system of Bangladesh yet not god rid  from passing capital punishment or the death penalty though it is avoided in developed country and on passing of sentences it showed its biasness, pressure either political or any way.

The Bail Act 1976 directs the procedure of bail and other correlated matters of the bail. It has preclude every small exception as it may be arise before setting a person free in Bail.