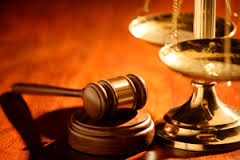 Crimes within the jurisdiction of the Court

The capital Statute grants the jurisdiction of the court over four groups of crimes, which it refers to because most serious crimes of concern towards the international community as a whole the crime of genocide, offenses against humanity, war offenses, and the crime associated with aggression. The Statute defines these crimes except for violence. The crime of genocide is unique because the crime should be committed with ‘intent to help destroy’. Crimes against humanity usually are specifically listed prohibited acts when committed included in a widespread or systematic attack directed against just about any civilian population. The Statute provides which the Court will not exercise its jurisdiction of the court within the crime of aggression until such time because states parties agree using a definition of the crime and lay out the conditions under which it can be prosecuted.