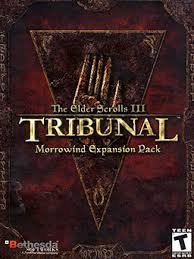 Jurisprudentially, all human being are equal before the eyes of law irrespective of race, sex, colour, class or position in the society and are entitled to have equal protection of law. The ordinary Courts of law are also set up to establish this issue and more specifically, to settle disputes arising out between individuals.

Perhaps the most important of the functions of the State is that which it discharges as the guardian or order; preventing and publishing all injuries to itself, and all disobedience to the rules which it has laid down for the common welfare.

Tribunal in the general sense is any person or institution with the authority to judge, adjudicate on, or determine claims or disputes – whether or not it is called a tribunal in its title. For example, an advocate appearing before a Court on which a single Judge was sitting could describe that judge as ‘their tribunal’. Many governmental bodies that are titled ‘tribunals’ are so described to emphasize the fact that they are not courts of normal jurisdiction. For example the International Criminal Tribunal for Rwanda is a body specially constituted under international law; in Great Britain, Employment Tribunals are bodies set up to hear specific employment disputes. Private judicial bodies are also often styled ‘tribunals’. The word ‘tribunal’ is not conclusive of a body’s function.

Similarities between Tribunal and Court:

All tribunals are not Courts, though all Courts are tribunals. The word ‘Court’ is used to designate those tribunals, which are set up in an organized state for the administration of justice. The word ‘tribunal’ is a wide import and the words ‘Court’ and ‘tribunal’ embrace with them the exercise of judicial power in all its term. ‘Courts’ and ‘tribunal’ act ‘judicially’ in both senses and in the term ‘Court’ are included the ordinary and permanent tribunals and in the word ‘tribunals’ are included all others which are not so included.

The tribunals, if not Court, have got many of trappings of the Court, a tribunal when performs the functions of a Court notwithstanding that it is tribunal, it is in more or less a Court and it has the power to decide and adjudicate the matter with a judicial bent of mind and in accordance with law both substantivb>

In the case of Bangladesh vs. A.KM Jahangir Hossain[6] it was held that there is a distinction between a Court and a Tribunal. The Court has a clear and distinct connotation whereas a tribunal assumes wide range of character. It may be a Judicial Tribunal and in between there are various ranges of adjudicating authority, which are more often called administrative tribunals. But there is a common element, the authority may be judicial or administrative, but the authority is to decide either a dispute or an offence, and it is to decide on fact and apply the rules to them without considering executive policy.

The tribunals, which are domestic in nature deals only with the internal disciplinary principle of any institution. It is a non-statutory body. It settles the dispute between employer and employee. Court fee is not needed in domestic tribunals. It deals with the private matters rather than public matters. Tribunals of Bangladesh Bar Council, different clubs serve as examples of domestic tribunals. At present there are five tribunals of Bangladesh Bar Council to deal with different disciplinary issues relating to its members.The domestic tribunal is not a Court to follow procedures of the trial or enquiry according to the Civil Procedure Code, 1908. In appropriate cases, considering the facts and circumstances thereof, such a tribunal may arrive at a decision simply by questioning the accused and considering his explanation.

In case of domestic tribunal, the enquiry officer is not to follow the procedure of a trial by a Court, he may, in appropriate cases, arrive at a decision simply by questioning the delinquent officer and considering his explanation.

Statutory tribunals are established by the provisions of statutes. For example, in Bangladesh, Labour Appellate Tribunal is a statutory tribunal, which is established under section 38 of the Industrial Relations Ordinance, 1969. Where a special tribunal out of the ordinary course is appointed by an Act to determine questions as to such rights which are the creation of that Act, then, except, so far as otherwise expressly provided or necessarily implied, that tribunal’s jurisdiction to determine those questions is exclusive.

When the statutory tribunal (i.e. special tribunal set up under a special statute) has acted beyond the scope of the power vested in it by the statute, the jurisdiction of the Civil Courts to examine into such cases is not taken away even if the statute contains words purporting to exclude such jurisdiction. This certainly is not the same thing as saying that jurisdiction has been made to depend upon the correctness or otherwise of the suitor’s contention as respects the subject matter.